‘Highly Commended’ in the Offsite Awards 2018

Director, Des O’Dwyer attended this year’s Offsite Awards ceremony and was delighted to pick up a ‘Highly Commended’ Award for the Marketing and Management Suite at SEGRO Park, Rainham. The project was awarded the commendation in the ‘Best use of Steel’ Category, for its innovative use of recycled shipping containers and offsite prefabrication construction. The awards ceremony was held at the Eco Build event on 6th march, to find out more about the awards and click here to visit the organiser’s website.

Our Marketing and Management Suite at SEGRO Park Rainham has been shortlisted for the Offsite Awards 2018 in two categories: ‘ Commercial Project of the Year’ and ‘ Best Use of Steel’. The Awards focus on projects that have represent ‘outstanding examples of prefabrication and factory based methods’. The Marketing and Management Suite is constructed from recycled shipping containers and it was pre-fabricated off site and craned in to position to streamline the construction. The building and RHA’s adjacent innovation village form part of SEGRO’s wider East Plus masterplan for regeneration of London Riverside delivered in partnership with the GLA.

Located prominently on the A13, the Marketing Suite at SEGRO Park Rainham will act as a gateway building for the new Enterprise Quarter. The building is constructed from recycled shipping containers, prefabricated off-site. It comprises two reception areas, a series of management offices, a large marketing suite and accompanying sanitary and kitchen facilities. RHA have also completed the design of 42 small to medium start-up units for the park, currently under construction. The development forms part of SEGRO’s wider East Plus masterplan for regeneration of London Riverside in partnership with the GLA. Click here to see SEGRO’s video fly-through of the park. 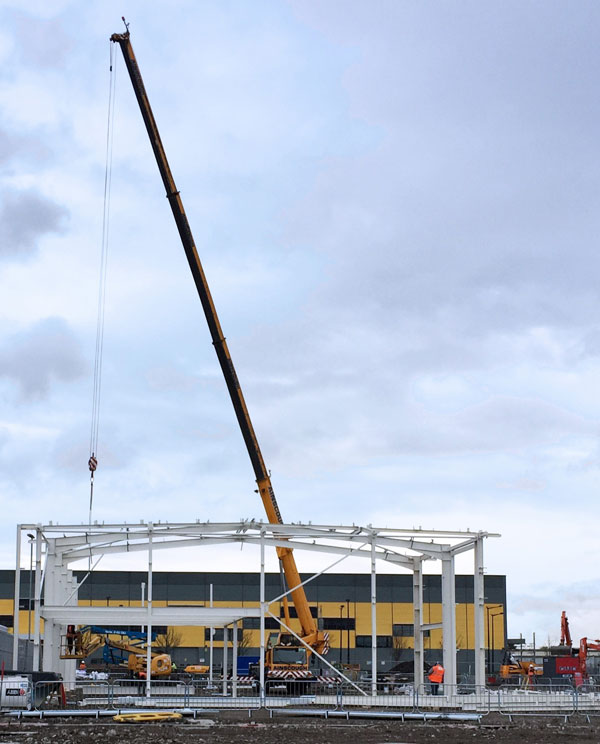 With piling complete and the frame starting to go up, good progress is being made on site at the new Enterprise Quarter at SEGRO Park in Rainham. RHA have designed 42 small to medium start-up units for young enterprises and a Marketing Suite for the developer: SEGRO. Located prominently on the A13, the Marketing Suite will act as a welcoming beacon for the new business park. The building is to be sustainably constructed from pre-fabricated shipping containers. The development forms part of SEGRO’s wider East Plus masterplan for regeneration of London Riverside in partnership with the GLA. Click here to see SEGRO’s video fly-through of the park..

RHA have completed a study for a new vision set of industrial units for SME’s in Thurrock. Fitting into the market at the lower end of the scale of industrial premises, this was designed to create a vibrant community with a shared energy centre and community café. The scheme provides 16,500sq.m of starter or growth units adjacent to the Tilbury Docks in Essex. The development by Thurrock Council will support the councils growth and employment strategy whilst providing a revenue stream. The units are designed in a courtyard arrangement to maximise interaction between neighbouring businesses. The intention is to provide a strong identity for the new community.

We have completed the £2.5M redevelopment of an industrial site on Rochester Airport Estate working with Michael Sparks Associates. The works comprised of a single 38000 sq ft warehouse terrace and associated landscaping providing four large industrial units with ancillary offices and service yards. The development for Canmoor will attract business to the area and investment into the local community.

Following a competition win we have designed a new office building for Capital Space as part of their expansion at Kings Hill. This will be the first new office building on the estate for a while, delivering a new vision supporting small business and new sustainable entrepreneurial activity. The project is located in a sensitive setting within a group of Grade II Listed buildings built as RAF accommodation between the wars and our proposal provides a subtle image of modernity whilst respecting local materials and traditions.

RHA has received Planning Approval for 42 small to medium start-up units for young enterprises and a Marketing Suite building in Rainham, London borough of Havering. The development forms part of the wider East Plus masterplan for investment in industrial regeneration in partnership with the GLA. Work is expected to start on site in Autumn 2016.

The new four star training hotel for East Kent College in Broadstairs is nearing completion and is due to open this summer. RHA have been involved in the £4.5M remodelling and interior design of the 19th Century Jacobethan Grade II Listed building to create a contemporary 33 bed hotel. The new facilities will also include a spa, salon, restaurant, function space and bar and will support local professional staff as well as hospitality students.

A planning application has now been submitted for two sites within Beam Reach Business Park in Rainham, Kent. The proposal for the developer Segro, includes 42 small to medium start-up units for young enterprises and an elevated Marketing Suite building (pictured). The development forms part of a wider masterplan for £180M of investment in industrial regeneration in partnership with the GLA. Read More

We are appointed to design a new business centre for Capital Space in Kings Hill. The 1500m² building is due to open in early 2017. 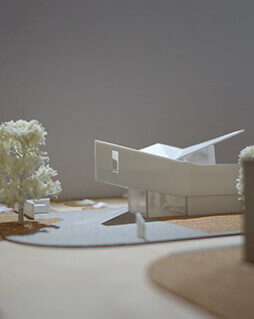 Catching up with old friends, we are appointed to design an Enterprise Centre for SEGRO in Barking. Part of East Plus, the largest deal of its kind between public and private land developer in the capital, the project is due to be submitted for planning permission in the spring of 2017.Read More... 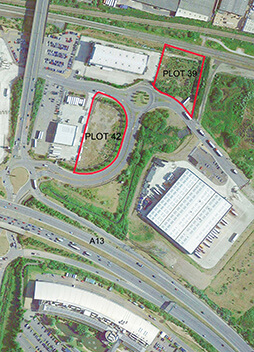